Black stories matter: on the whiteness of children’s books 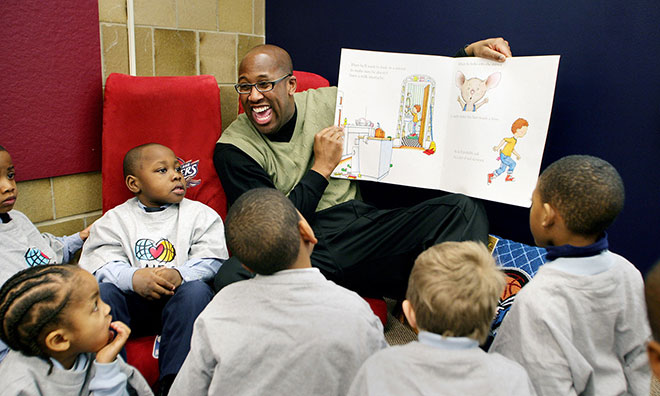 In September 1965, an article titled ‘The All-White World of Children’s Books’ appeared in the influential American magazine The Saturday Review of Literature. Its author, the editor and educator Nancy Larrick, noted that African-American children were learning about the world ‘in books which either omit them entirely or scarcely mention them’. In one award-winning volume from 1945, black children were portrayed with bunion-covered feet and popping eyes, living in dilapidated shacks with gun-wielding adults. Meanwhile, white children were ‘nothing less than cherubic, with dainty little bare feet or well-made shoes’, Larrick wrote. After years of complaints, she said, the publisher finally solved the problem by simply removing all black faces from the book.

More than 50 years later, the problem persists. Imaginary black children remain almost as marginalised as real ones, at least in mainstream publishing. In literature, as in life, the belief that children are valuable, vulnerable and in need of protection has mostly been denied to black children in the United States. Black children learn fast that their childhoods have very strict boundaries, in which any small slip or mistake can put their lives in danger, often from police or other agents of the state.