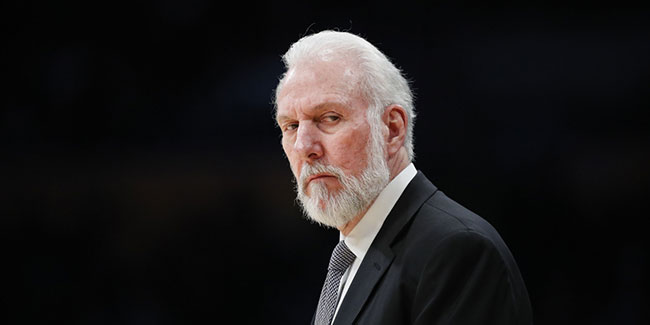 How White Americans view their country — and their president — appears to be almost split down the middle. In a recent Gallup poll, 49 percent of white Americans said they do not approve of President Donald Trump’s job performance. Anecdotally, the number sounds high, and I suspect it’s because far too many white Americans have a passive, almost silent disapproval of Trump. They might disapprove, but they aren’t saying so out loud; they simply don’t use their voices, their influence, or their privilege to call Trump out the way he truly deserves.

At a time when black athletes and even black sports reporters are being targeted by Trump, Popovich has spent much of the past year stepping outside of his normally reserved role to use his white privilege in ways perhaps no white man in sports ever has.