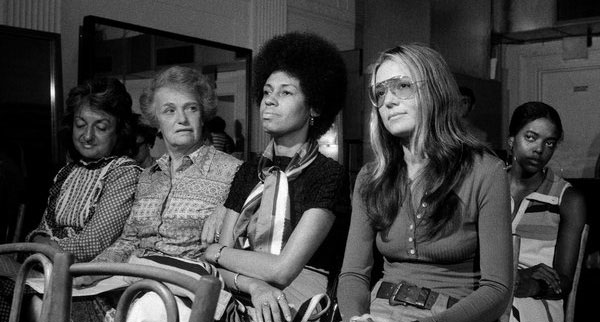 Dear fellow white feminists: We are not doing enough to dismantle white supremacy and confront racism. Dismantling white supremacy is white people’s work to do, and there is a moral and ethical imperative for us to do it with full energy, attention and commitment. Just as racial injustice in America is the responsibility of white people, so is the battle for the eradication of it. And it is a battle we can win, if only we’d do the work.

Yes, as white feminists, most of us at least say we care about this issue. But caring requires more than feelings — it demands significant action. And yet, many of us neither recognize the depths of racism nor own our part in it by speaking up and confronting it; nor do we listen to and follow the leadership of people of color, nor put our bodies in the fight for racial justice. Rather, we continue to silence and erase people of color in myriad ways, including telling them they are wrong about examples of racism instead. (See: the Tina Fey debacle.)

This has always has been the case — since the birth of this country — even if we are only now facing it in light of events such as the white supremacist rally in Charlottesville; numerous high profile examples of police brutality against people of color, including murder; and the many racist horrors of the Trump administration, such as the pardoning of Joe Arpaio.

White feminists in particular must lead the way, as we are already committed to seeking gender justice and therefore already on the forefront of white engagement with creating change to our broken nation. After all, there can be no gender justice without racial justice, yet throughout its waves, feminism as a political movement has continuously failed to be intersectional — that is, feminism that recognizes the connectedness among all forms of oppression and works to eradicate all of them.